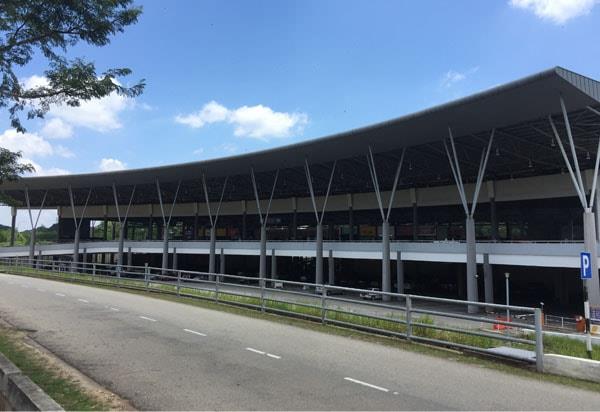 There are two main bus station in Kuantan, Pahang. The local stage bus is located at the new Kuantan Sentral, in Indera Mahkota. While the express buses are currently still at the old Terminal Makmur in Jalan Stadium. The new Kuantan Sentral, estimated at RM50 billion was opened in August 2013. It is located 11 kilometers from the old bus terminal. It has 40 bays for buses, 365 parking lots as well as 176 for motorcycles.

By Bus – The journey from KL to Kuantan by bus will take around 4 hours. Most of the buses heading to Kuantan departed from Jalan Pekeliling, in Titiwangsa.

By Car – KL and Kuantan is connected by Karak Highway and the new East Coast Expressway. It is about 250 kilometers which can be covered in 3 to 3.5 hours. You can choose to use either Gambang exit or Kuantan exit. However you can still opt to use the federal route but you can expect slower traffic even without toll.

Like most, Kuantan Sentral bus terminal offers air conditioned travel, restrooms, a Surau, food booths, and ticket kiosks. It was also build complete with CCTV, which made it easy for the management to monitor the security in the surrounding areas.