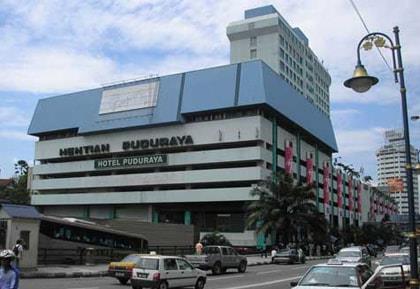 The Puduraya Bus Terminal was renamed to Pudu Sentral in 2011 after being completely remodeled due to extreme traffic congestion. Some of the signs directing tourists to this location have not been changed yet so they could still read the former name. This is the primary bus station in Kuala Lumpur now and buses do arrive and depart from here daily for long distance trips. It is wise to keep in mind that during holiday times the bus system can be extremely backed up. Often, alternative options will be posted.

Pudu Sentral offers northbound travel only to Ipoh, Penang, Cameron Highlands, Langkawi jetties, Alor Setar, and Hat Yai in Thailand. Southbound travel departs from the southern section of the city at the TBS Terminal. This includes travel to Singapore, Tioman jetty, Melaka, and Mersing. Both bus stations are connected by the LRT train line, which is situated directly behind Putra Sentral.

GETTING TO THE BUS TERMINAL

Pudu Sentral can be found between Bukit Bintang and Chinatown, in the heart of the city. From Chinatown, Pudu Sentral can be reached by foot in just a few minutes. From Bukit Bintang the walk is around ten minutes. Waiting areas are air conditioned and offer ticket sales on the ground floor. It is a good idea to buy tickets in advance if you are traveling during holiday times or on weekends.

Tickets for bus travel can be bought online up to two hours before departure at BusOnlineTicket.com. Pudu Sentral offers their customers the convenience of on-site hotels, restaurants, and banking options, including ample ATMs. If needed, there is a rooftop parking structure available at Pudu Sentral. Taxi services, as well as coach and shuttle service, also are offered for customers.

Note : All bus operations in Pudu Sentral have recently been relocated to TBS since November 2015.