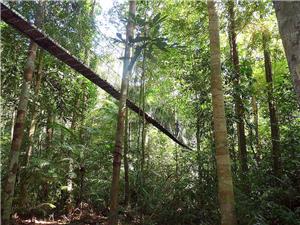 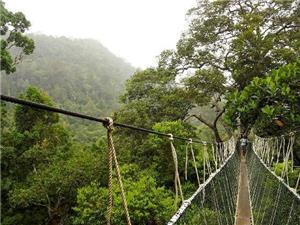 Taman Negara is noteworthy on a world scale for housing the tallest trees to be found anywhere in Southeast Asia. It is also considered to be a geologically stable location, meaning that it is a location where the evolution process has been relatively uninterrupted since the beginning of time. In addition to all of the amazing specimens of flora and fauna, Taman Negara is also home to the indigenous peoples of the Orang Asli tribe who live exactly the same way their ancient ancestors did since the dawning of civilization itself. If planning a visit to the park, be sure not to miss a visit to the incredible Canopy Walkway or the Gua Telinga Caves.

When you visit a untouched natural wonderland like Taman Negara, you naturally want to rely on the most convenient, exotic and environmental friendly transportation means possible. That means taking bus to Taman Negara is the obvious choice.

Recommended operator NKS provides transport service from KL to Taman Negara. The first part of the journey is the bus taking about 2.5 hours to arrive at Jerantut, then transferring to a smaller bus or van to travel to Kuala Tembeling jetty for about 1.5 hours. Next is about a scenic 3-hour boat ride up the Tembeling River to the Park’s headquarters in Taman Negara (Kuala Tahan).

Some more adventurous travellers will replace the first part of the journey (KL to Jerantut) by train. Then take public bus to Kuala Tembeling Jetty from Jerantut bus station which is located only less than 10 minutes walk from the railway station.