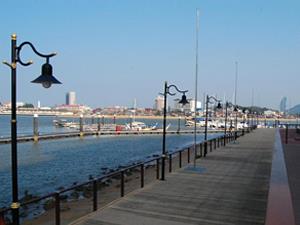 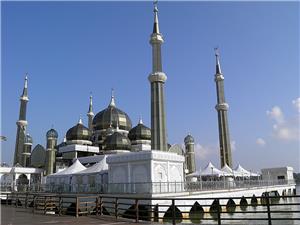 Terengganu, one of the so-called “East Coast states” of Peninsular Malaysia, is famous for its exotic islands and beaches which may be found all along its picturesque 225km coastline from Besut to Kemaman.The state has a population of about one million, 90% of whom are Malays and the rest, Chinese and Indians. Terengganu is endowed with a wealth of natural landscapes while its rural lifestyle and quaint fishing villages offer tranquillity to visitors. Kuala Terengganu, the state capital which stands on the banks of the Terengganu River, is not dominated by the hustle and bustle of city life but is somewhat unaffected by urban pressures – just like the other towns in the state.With rich tradition going back many generations, Terengganu has long been an important area of Malay settlement. The Terengganu Sultanate originated almost 300 years ago when Tun Zainal Abidin became the first Sultan (Sultan Zainal Abidin I) in 1708. The current ruler is Sultan Mizan Abidin, the 16th Sultan, who was proclaimed ruler of the state on May 15, 1998, becoming the youngest ruler in Malaysia.

The main attractions of Terengganu are the islands of Redang, located 50km from Kuala Terengganu, and Perhentian, 21km off the coast.

Famed for their crystal-clear waters and coral gardens, these islands – designated marine parks – are perfect for swimming, snorkelling, scuba-diving, jungle-trekking, boating and canoeing.

Another island, Pulau Kapas which is located about 6km from Marang, is an island renowned for its pure emerald waters, white sandy beaches and swaying palm trees.

Another adventure spot is Lake Kenyir – the largest manmade lake in South-east Asia, and one of the largest in the world – which is about 55km from the state capital. Covering an area of 369sq km, it is an ideal retreat for fishing, swimming, canoeing, boating and jungle trekking.

Rantau Abang, about 70km from Kuala Terengganu, is one of the few nesting grounds for the giant Dermocheleys coriaca (leatherback turtles) in the world. Turtle sanctuaries have been established in an effort to reverse the decline of the leatherbacks.

Another attraction is the Masjid Tengku Tengah Zaharah, located about 4.5km outside Kuala Terengganu, which is said to be one of a kind in Malaysia. Combining modern and traditional architectural designs, the mosque gives the impression to the casual observer that it is floating on water!

For heritage lovers, a trip to Kuala Terengganu’s Chinatown along the rivermouth would be a memorable experience because of the area’s historical background. It is believed that the Chinese arrived here in the early 15th century after the visit of Admiral Cheng Ho during the Ming Dynasty

The 108-year-old Thean Hou Temple, among the oldest in the country, has a history dating back to the arrival of the Hainanese community. Known as the Tian Hou Gong or Temple of the Heavenly Goddess, it was built in 1896 during the reign of Emperor Kuang Hsu of the Qing Dynasty.

Terengganu is also famous for batik printing which is an exquisite and delicate art requiring patience and meticulousness; as well as songket, the art of weaving gold and silver threads into dyed silk.

Then there is Pulau Duyong which is the most well-known boat-building ground in Kuala Terengganu. One can see boats being made by builders whose skills have been handed down from generation to generation.

Terengganu is an ideal spot for those who love nature and adventure. The people, who lead a moderate lifestyle with religion, tradition and culture being important parts of their lives, would give a warm welcome to visitors.

Part or or all of this text stems from the original article at: All Malaysia.Info