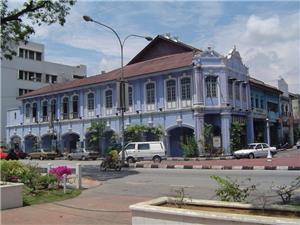 Ipoh is the state capital of Perak, a city that made its fortune in the early part of the 20th century in tin mining, earning it the nickname “City of Millionaires”. A predominantly Chinese city, Ipoh is famous for many unique dishes like Dim Sum, Hor Fun (flat noodle) and Bean Sprout Chicken, and also for being the hometown of international stars such as Michelle Yeoh.

Since the closure of the tin mines, Ipoh has been eclipsed by other cities such as Kuala Lumpur, to which it regularly loses many of its youngest and brightest. As a result, the city has earned a new reputation for being a place to retire, although there have been efforts to revitalise the city with urban renewal projects such as the Greentown Business Center. It is still a large bustling city with a fair number of colonial buildings in Old Town, Chinese and Hindu temples and natural scenic spots such as the limestone caves of Gua Tempurung.

Ipoh is located about 200 kilometres north of Kuala Lumpur and 132 kilometres south of Penang. Ipoh is in between the states of Selangor and Penang.

Part or or all of this text stems from the original article at: WikipediaThis work is licensed under a Creative Commons License