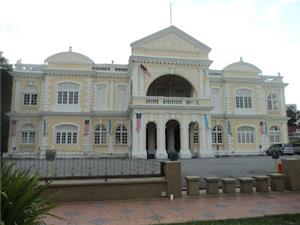 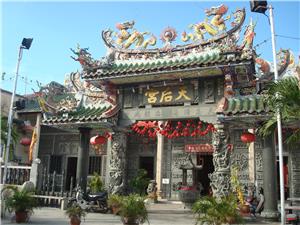 Butterworth is located just outside of the major Malaysian vacation destination of Penang and is sometimes called the “gateway of Penang” for that reason. It is also the central location of the Penang Ferry service, which prior to the construction of the Penang Bridge in 1985, was the primary way onto Penang Island itself. Today, tourists who are interested in experiencing ferry service, will either take bus to Butterworth bus terminal or take train to Butterworth train station before transferring ferry to Penang. Both bus terminal and train station are just within short walking distance from Butterworth jetty.

Butterworth was first established in the early 19th century when Great Britain first annexed the strip of Malaysian land it occupies. It was home to a few slowly blossoming local settlements until the middle of the 19th century or so. At that point, nearby Penang was beginning to grow into a major culture and trade location thanks to its burgeoning international tin industry. Its main interest to current tourists and visitors to the area is its appeal as a quiet, peaceful coastal town and the unique local dishes. It is known for its beautiful views of the nearby waters, as well as a number of local restaurant offerings that specialize in fresh, local seafood definitely a must-see for foodies! Besides the seafood, Butterworth (or Bukit Mertajam to be precise) offers the so-called best char kuey teow in Malaysia. Its char kuey teow is all time old favourite for most Malaysian because the stall uses traditional charcoal to fry it and the egg used is duck egg instead of chicken which is commonly seen elsewhere.

While not a lot of people choose to actually stay in small locations like Butterworth while visiting Malaysia, they’re definitely terrific spots off the beaten path that are perfectly reached via public transportation. Bus travel to Butterworth represents a convenient and reliable way to get from other major locations like Kuala Lumpur to Butterworth itself. Many people actually like to take bus to Butterworth bus terminal before transferring ferry to tourist hotspot Penang. Simply reason for them to do so because they would like to experience the nostalgic moment of taking ferry service to Penang.