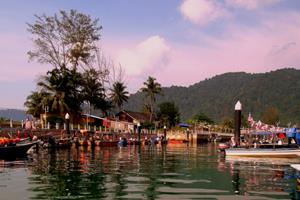 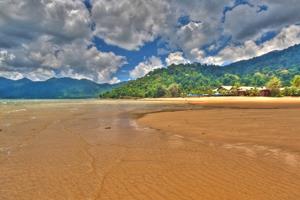 Tioman Island is located in the regions of Pahang state in Malaysia, despite being geographically closer to Johor. This island is known for its densely forested nature and is surrounded by numerous coral reefs, making it an absolutely beautiful place for a relaxing vacation and a suitable scuba diving spot. In the 1970s, it was even named as one of the world’s most beautiful islands by TIME Magazine.

Due to the beauty of the preserved nature on Tioman Island, it is home to a number of attractions, like:

Additionally, the old bus terminal in Mersing is a mere 10-minute walk from the jetty that allows access for the ferry to Tioman Island, whereas the new Mersing Bus Terminal takes only 2 minutes to walk to the jetty. The ferry would normally cost about RM6 to RM10 for each trip.

However, other than the Mersing Bus Terminal, some express buses like the Singapore bus to Mersing drops off passengers at other locations, like:

Book your tickets for the bus to Tioman Island through Mersing today!