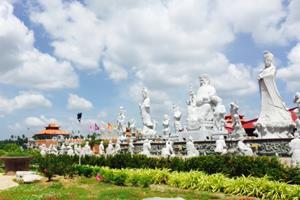 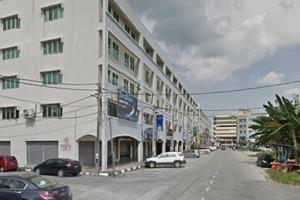 Sitiawan (also spelled Setiawan), is a small town in Perak, Malaysia. It is well-known for its Foochow heritage with dishes like the Red Rice Wine Vermicelli. It is also home of a well-known mee-sua factory, a type of fine noodle which is one of Foochow’s specialties. Of course the same type of noodles are available in stores, but where else can you actually witness the process of making these unique noodles and get a chance to buy them at a considerably cheaper price.

Apart from the mee-sua, Sitiawan is also known for other points of interest, such as:

Apart from that, the Sitiawan area is also popular for Lumut and the Teluk Batik Beach, both of which are famous among tourists with attractions like the Lumut Waterfront, Teluk Batik Snorkeling Park, Marina Island Pangkor and so much more.

With so much to discover, one of the most preferred way of traveling to this snug little town is by taking a bus to Sitiawan. Due to the fact that the town is located nearby the famous tourist spots of Pangkor Island, the main bus terminal in Sitiawan (Sitiawan Bus Terminal) still manages to receive a considerable amount of visitors.

Book your tickets for the bus to Sitiawan today!