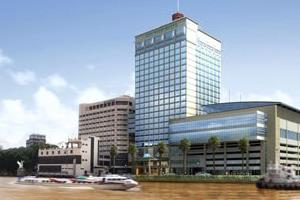 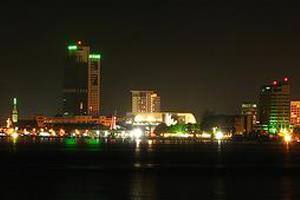 Nicknamed as the “Swan City”, Sibu is a town at the central region of Sarawak located in Borneo. In the early years, Sibu was previously known as ‘Maling’, named after a bend of the Rajang river (now renamed as Swan River) called ‘Tanjung Maling’. Sibu was originally a quiet and undeveloped town but has slowly begun to make its mark in the world with continuous developments.

Apart from being a gateway to the Sarawak Corridor of Renewable Energy (SCORE), Sibu is also recognized for the swan symbol Â that was adopted by the Sibu Municipal Council around the year 1999 to 2004, which was the reason for the swan statues situated in a couple of locations around town.

Some of the other noticeable landmarks famous among tourists include:

With so much to discover in this graceful town, Sibu receives a large number of tourists every year and the most preferred way of traveling here is by taking a flight, a ferry or bus to Sibu. However, when considering the aspect of traveling costs and duration of the journey, visitors tend to opt for taking the bus to Sibu compared to an airplane or ferry.

Currently, Sibu has two bus terminals to cater for the local in-town buses located at the waterfront near the Sibu wharf terminal and the other located at Pahlawan Street near the Sungai Antu region, catering for the long distance buses (Sibu Bus Terminal). However, most of the bus to Sibu only departs from a number of locations like Bintulu, Kuching, Miri, Sarikei and Serian.

Pick-Up and Drop Off Points for the Bus to Sibu


Since the Sibu Bus Terminal at Pahlawan Street is the main bus terminal, most of the bus to Sibu will make pick-up and drop offs at this location. The bus operators that provides this route is mostly the Bintang Jaya Express and Biaramas Express.

Book your tickets for the bus to Sibu today!