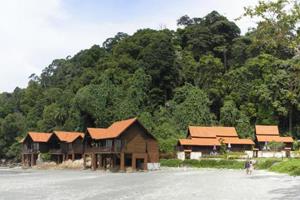 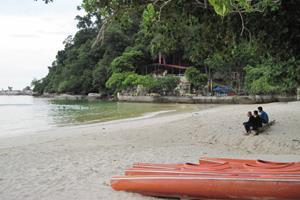 Pulau Pangkor is a well-known resort island located off the coast of the Perak state, Malaysia. It is surrounded by a number of other islands like the Pangkor Laut Island, Talang Island, Giam Island and Mentagor Island. It features some of the most beautiful and tranquil beaches in the country.

There are a number of interesting points that visitors can check out, such as:

Although Pulau Pangkor does not receive as much publicity as Tioman Island or Langkawi, Pangkor still remains as a favorite vacation destination for both the tourists as well as locals. And one of the most preferred way to travel to this breath-taking island is by bus. However, since there is no direct bus to Pulau Pangkor, travelers tend to take the bus to Lumut instead and take the ferry to the island.

The close proximity of the bus terminal and the jetty allows passengers coming from the bus to Pulau Pangkor to make their way to the island by getting off from the Lumut Bus Terminal, which is very near the Lumut Waterfront Jetty.

Pick-Up and Drop Off Points for the Bus to Pulau Pangkor (through Lumut)
Since Lumut is a considerably small town, it currently only has one main bus terminal, which is the Lumut Bus Terminal located near the Jalan Raja Musa and within close proximity with the Lumut Waterfront Jetty. Due to this, most of the bus to Lumut will make pick-up and drop offs at this particular location.

Book your tickets for the bus to Pulau Pangkor today!