Bus from KL to Kampar 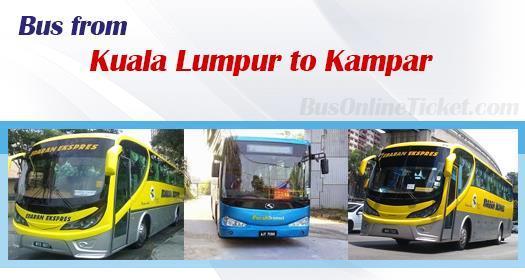 Train vs Bus (From KL to Kampar)

Thus, because of this reason, many still travel with bus from KL to Kampar. Bus service remains as an important option to travel from Kuala Lumpur to Kampar.

Besides Kampar locals, students in Tunku Abdul Rahman University and their families travel frequently between KL and Kampar. Hence, the demands for bus service between Kuala Lumpur and Kampar are strong. Commuters are advised to book their bus ticket online with BusOnlineTicket.com in advance to avoid disappointment.