Malacca is famous for breath-taking sights with rich heritage, also known as the unofficial historic capital of Malaysia. Malacca is the third smallest Malaysian state after Perlis and Penang. Malcca tourist attractions are well known and most visitors will find the trip interesting.It is located in the southern region of Peninsular Malaysia, next to the Straits of Malacca. Below are the top attractions in Malacca that no visitor should leave out on their travel itinerary.

GETTING THERE
You can book a coach to Malacca with https://www.busonlineticket.com/ .

The coach from Singapore to Malacca is usually about a 3-hour drive.

The coach from KL to Malacca is usually about a 2 and a half hour drive. 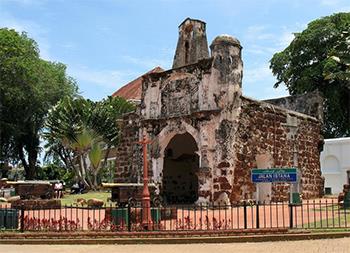 Originally named Porta de Santiago, Kota A’ Famosa in Malay translates simply as “The Famous” in Portuguese. Built in 1511, the settlement used to sprawl across a whole hillside but now, only a lonely gate (Porta de Santiago) remains. It is also known as one of the oldest surviving European architectural remains within Asia. 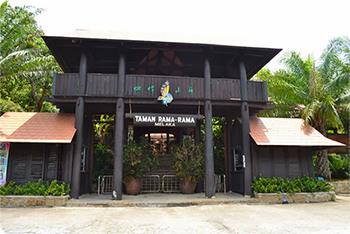 The Butterfly & Reptile Sanctuary is a tourist attraction in Ayer Keroh, about 15km northeast of Malacca town. Also known as Taman Rama Rama, this attraction is home to a collection of animals ranging from beautiful butterflies to snakes, lizards, crocodiles, koi fish and even a pair of gorgeous golden leopards.

Menara Taming Sari is the first and only gyro tower in Malaysia so far. Measuring to 110 metres in height, its revolving structure offers a 360-degree panoramic view of Malacca town and beyond. 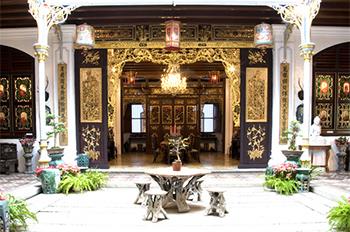 The beginning of the 16th century, merchants and entrepreneurs were lured to Malacca’s shores due to stories of the city’s burgeoning success and wealth. In particular, the city saw an influx of Chinese traders who arrived in droves in effort to escape the Manchu rule. These entrepreneurs went on to marry local Malay women – and the descendants of these marriages were known as Peranakan or “Straits-born Chinese”. 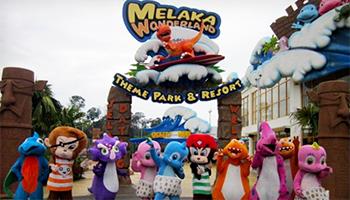 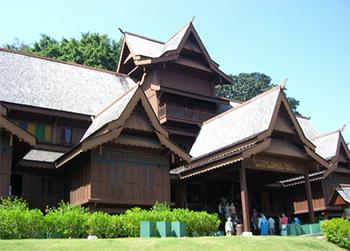 Melaka Sultanate Palace is a wooden replica of Sultan Mansur Shah’s 15th-century palace. Set at the base of St. Paul’s Hill, it was painstakingly constructed in 1985 using traditional construction techniques and materials, based on accounts to the 16th century Sejarah Melayu (Malay Annals) text. 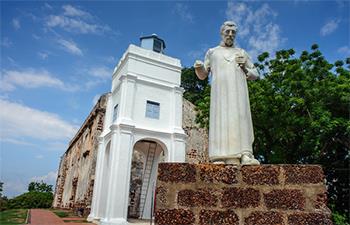 The ruins of St. Paul’s Church are at the summit of St. Paul’s Hill. Built on the site of the last Malaccan sultan’s istana (palace), it was constructed by a Portuguese fidalgo (nobleman) captain, Duarte Coelho, in gratitude to the Virgin Mary for saving his life during a storm at sea.