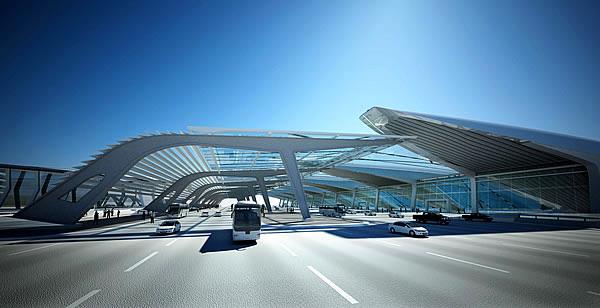 KLIA 2 is now up and operating

After long 7 years of constructions, the new budget terminal is finally up and operating. It is built to replace the Low Cost Carrier Terminal (LCCT). KLIA2 is designed to cater for 45 millions passengers a year with better facilities and infrastructure.Â KLIA2 was measured to be at least 257,000 sqm, with 60 gates, 8 remote stands, 80 aerobridges, plus a retail space of 32,000 sqm to accommodate 225 retail outlets, costing around 4 billion Malaysian Ringgit to build.

Then, 3 hours later, cebu pacific airways takeoff from KLIA2 heading to Manila taking the title of first takeoff from KLIA2. Within the first week alone, there are already four airlines operating in this newly developed airport, which were Malindo Air, Cebu Pacific Airways, Lion Air and TigerAir.

Gateway@klia2, which is a public transportation hub in the new airport for the Express Rail Link (ERL), taxi and shuttle bus service from KLIA2 to KL city, also started connecting passengers to this remarkable new transport hub shortly after it started operations. The place also has a fully gated car park which can accommodate 6,000 vehicles and has a retail space of 350,000 sq ft with over 200 outlets.