Find a Recommended Bus from Singapore to Malacca 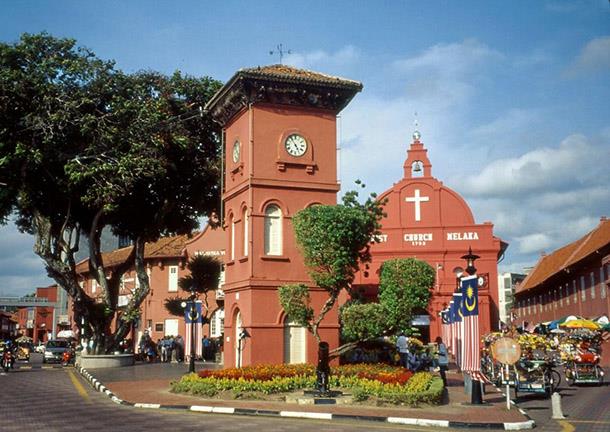 There are a number of coach services that run between Malaysia and Singapore, connecting their various cities to each other. This provides an advantage to the travelers that enjoys exploring a city with all the unique qualities of its towns. There are direct buses that run regularly to important cities all over Malaysia. You can book a direct bus from Singapore to Malacca, for example, without any hassles on BusOnlineTicket.com in just a few clicks.

At BusOnlineTicket.com, we have a number of bus services running through the day as well as night between Singapore and Malacca in Malaysia. Some of the main bus operators providing regular services on this route through the portal are 707 Express, KKKL Express, Five Stars Express, and Superior Coach.

There are few others like Luxury Executive that have limited but quality services on this route. You can choose a service according to your specific timings, choose seats of your preference and book seats online through our website at no extra charge.

Malacca – The Historical State of Malaysia

Malacca is sometimes known as the Historic State of Malaysia. It is the third smallest state in the Peninsular and lies next to the Straits of Malacca. It used to be one of the first Sultanates in Malaysia, until monarchy was abolished by the occupying Portuguese forces in 1511. The city center of Malacca has now been included in the UNESCO World Heritage Site list since mid-2008. Because of the occupation of the state, you can still see Portuguese influences in the culture and traditions of people in Malacca. A number of Portuguese festivals are celebrated in the state. There is even a community that speaks Portuguese creole.

If history interests you, Malacca state should definitely be on your itinerary when traveling to Malaysia. Log onto our website and book your tickets today!