Where to Take Bus from Malacca?

Where to Take Bus from Malacca? 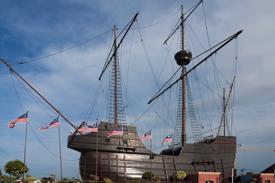 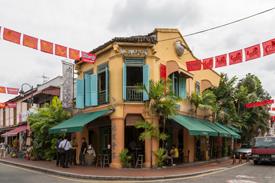 Unofficially known as “The Historic State”, Malacca (Melaka) is one of the most frequently visited state in Malaysia, due to the unique historical aspects of the place. One of the traits that helps promote the popularity of Malacca is the fact that it is merely about 148 km from the capital city of Malaysia; Kuala Lumpur.

This historical city was listed as a UNESCO World Heritage Site in 2008, which boosted the reputation even more. The most prominent architectural influences that can be seen around Malacca are from the different colonial periods when Malacca was colonized by the Portuguese, Dutch, Japanese and British from the year 1511 until Malaysia reached Independence in 1957.

Some examples of these historical architectural structures can easily be seen around a number of tourist hot spots like:

And the good thing is, all these remarkably historical sites are located at the heart of Malacca city, which is only several minutes away from Malacca’s main transportation hub, Melaka Sentral. From there, visitors can get access to various modes of transportation like buses (both express and domestic) as well as taxis.

In Melaka Sentral, there are 24 platforms for inter-state express buses and 18 platforms for domestic buses, making it easier for passengers to travel by bus to Malacca. Located between Lebuh AMJ and Jalan Panglima Awang, Melaka Sentral is a huge bus terminal that is air-conditioned and is full of eating spots inside, housing both local and international cuisines. It is also linked to a Tesco nearby which can be reached within walking distance.

Pick-Up and Drop-Off Points for bus to Malacca:
Since Melaka Sentral is the main terminal for passengers to arrive by bus to Malacca, most bus operators will pick-up and drop off passengers at this location, including 707 Inc, KKKL Express, Delima Express, Mara Liner and more.

For most buses departing from Singapore to Malacca, they will also stop at few hotels nearby the tourist attractions, including:

Other than that, there are also several other rural areas that the bus operators will pass through in order to bring convenience to a wider range of passengers, like:

Book your tickets and catch a bus to Malacca (Melaka) today!