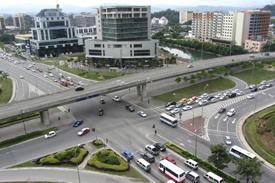 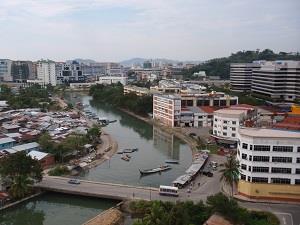 Kota Kinabalu (formerly known as Jesselton) is the capital of Sabah, Malaysia and is located on the northwest coast of the Borneo island, facing the South China Sea. It was made famous for its most prominent landmark, Mount Kinabalu, which is the highest mountain in the whole of Malaysia and ranked as the 20th most prominent mountain in the world.

For those who love sight-seeing, you’ll definitely love walking around in Kota Kinabalu. One of the most preferred way of traveling to this modernized cultural city is by taking a bus to Kota Kinabalu. Although travelers would also have the option if taking a flight to the city, it still doesn’t beat taking the bus to Kota Kinabalu in terms of price and the sights to see during the journey.

For those buses heading to Kota Kinabalu, most of them will make pick-ups and drop offs at the main bus terminal in Kota Kinabalu, which is the North Bus Terminal Inanam near Jalan Undan. Some of the famous locations that offer this route of bus to Kota Kinabalu are from Bandar Seri Begawan, Beaufort, Menumbok, Semporna, Sipitang, Lawas and Limbang.

Despite the dense population and the size of the city, there is currently only one main bus terminal in Kota Kinabalu which is the North Bus Terminal Inanam, located near Jalan Undan. Also, some of the bus operators that offers this route to Kota Kinabalu includes Sipitang Express and Manis Liner Express.

Book your tickets for the bus to Kota Kinabalu today!